Brokers, Feel Free to Bring or Send Your Clients 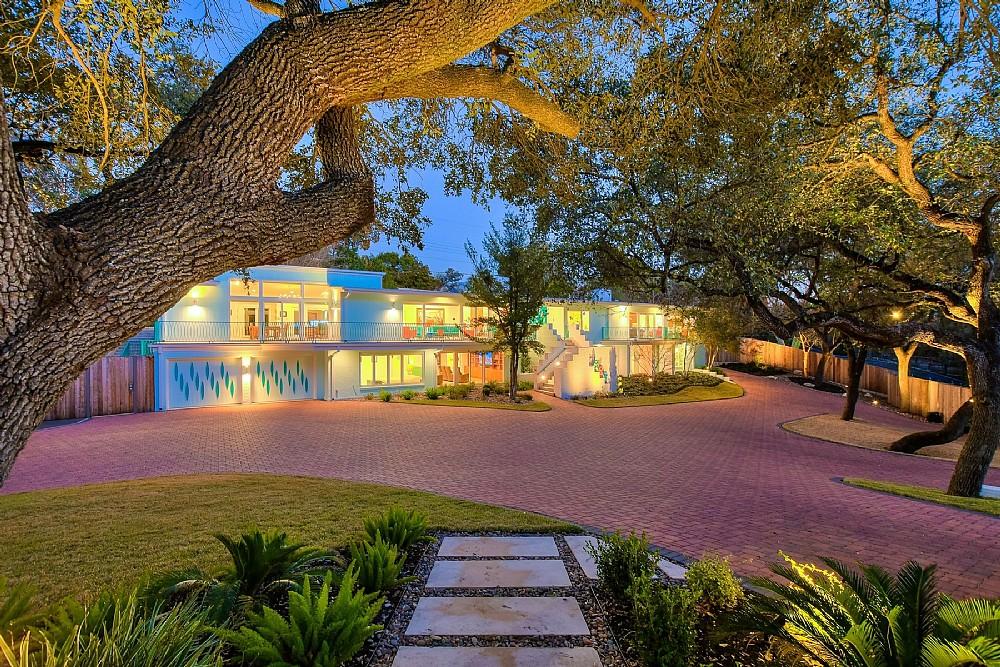 View Virtual Tour
Lovers of vintage Mid-Century Modern must not miss this fabulous home. Sky Crest, located at 4511 Balcones Drive, was designed by Austin architect Charles Granger of Fehr & Granger and built for Dr. and Mrs. Byron Smith (Irene) and their four sons in 1963. Fehr & Granger is perhaps best known for its design of the Robert Mueller Airport, built in 1960, with its iconic air control tower that still stands as a tribute to the former airport. The architectural firm is also noted for the design of the Austin National Bank Building, Westwood Country Club, Saint Stephens Church, Villa Capri Hotel and about 500 other homes, churches and businesses in Austin and surrounding areas. Due to a complete remodeling of the house in 1985, the original interiors were lost. Obtaining a copy of the original, pencil-drawn, blue prints from the Austin History Center, an extensive restoration was undertaken by the fifth and current owners. The couple named the house Sky Crest in honor of the graceful air control tower at Mueller and took the homes blue color scheme from the tower as well. At first desiring simply to replace the paint and carpet and move in, once the owners obtained the original 1963 blueprints, they soon embarked on a complete renovation to return the home back to its original 1963 aesthetics. This is a true Austin Historic Gem!
Property Address

All Rights Reserved
Each office is independently owned and operated.
Information deemed reliable but not guaranteed.
Agent and/or buyer to verify all information.