NO CITY OF LA RENT CONTROL 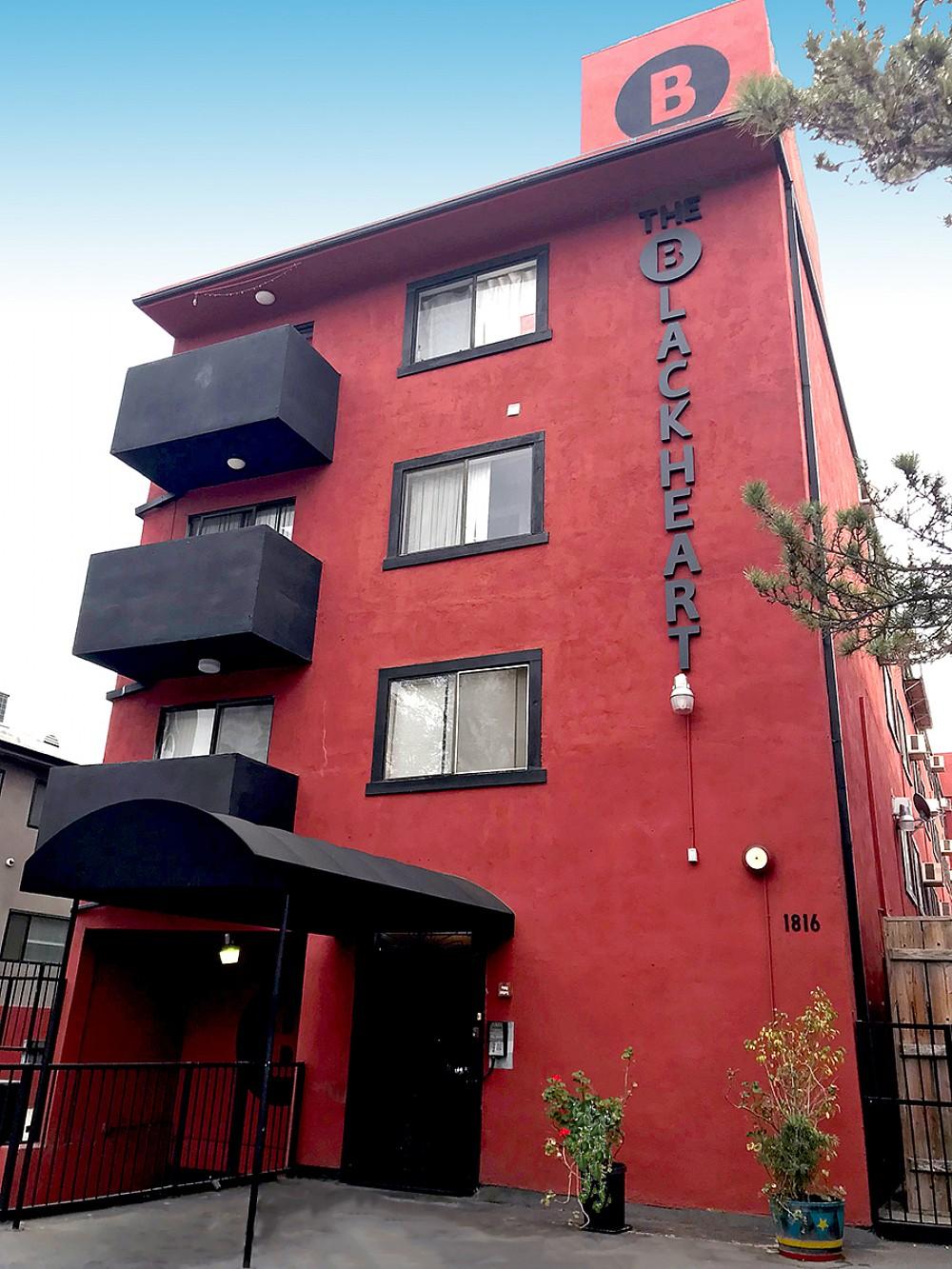 The Blackheart is a 4-story, 25 unit building consisting of 22, 1-bedroom + 1 bathroom units and 3 studios with private balconies. Built in 1989, there is no rent control from the city of LA with this building. Although the building does not fall under LAs Rent Stabilization Ordinance, it is still subject to the State of California rental laws.

Being in the heart of Hollywood puts the Blackheart locale by the entertainment capital of the world, with many of the major lm and TV studios nearby. Just 3 blocks from the American Film Institute, a 10-minute walk to Griffith Park, and 3 blocks to the Western/Hollywood Subway Station.

The building has been well-maintained and recently painted, has an elevator, and is controlled access with gated parking. The building is all-electric with no gas. Each tenant pays their own utilities except the 3 studios, which are paid for by the owner.

There are 2 secure gated parking areas, one is alongside the building for one car and subterranean parking with 23 spaces. There are also 2 large storage spaces in the building.

All Rights Reserved
Each office is independently owned and operated.
Information deemed reliable but not guaranteed.
Agent and/or buyer to verify all information.